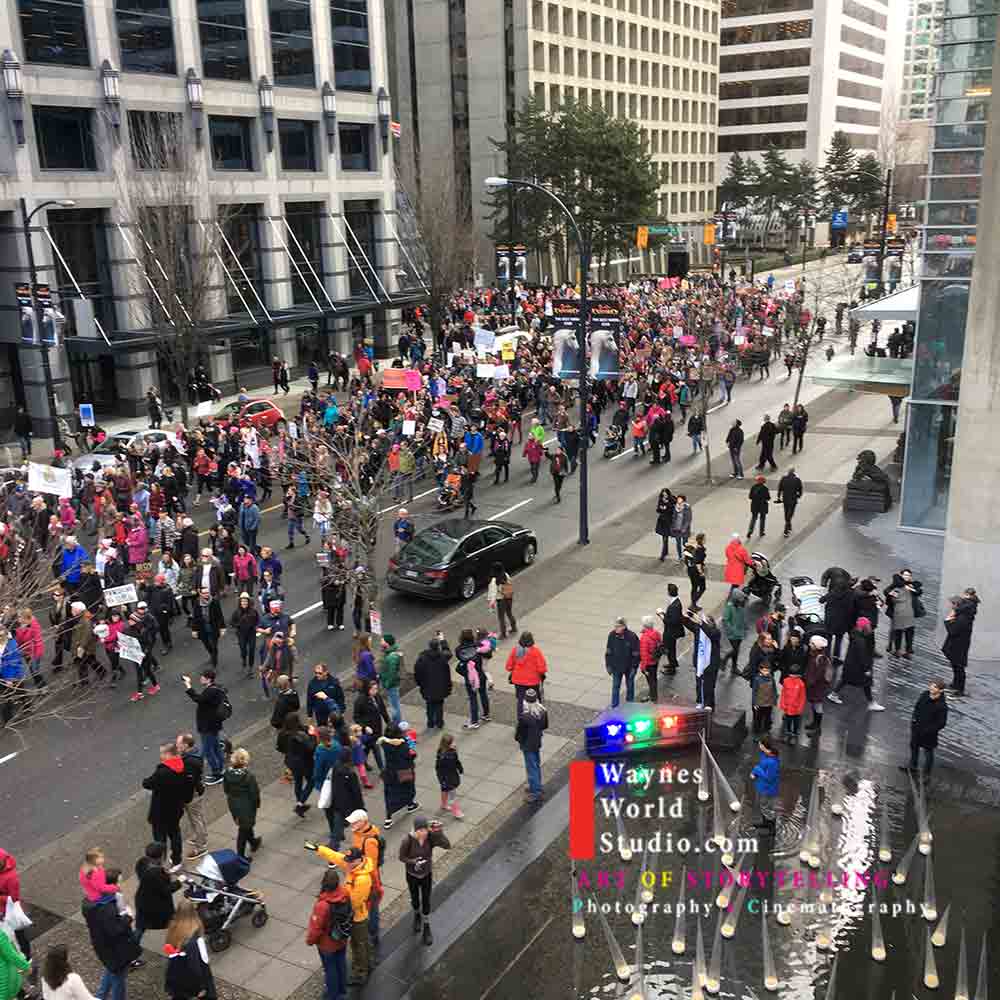 It is suppose to be a peaceful protest but few grown up has taken a bit too far by EGGING Trump tower but bitter me the most is a little child’s words talking to his or her guardian right after the egging. Not an example we want to send to the kids and the world.
This reminded me the 2011 Vancouver Stanley Cup Riot. Takes one person to start a fire and hatred. It is interesting with many photographers and Videographers on hands, we still have this uncivilized people. This brought me back the reason why chimp throw poop and are we going that route.

Reference from the web link. https://phys.org/news/2011-11-poop-throwing-chimps-intelligence.html
A lot of people who have gone to the zoo have become the targets of feces thrown by apes or monkeys, and left no doubt wondering about the so-called intellectual capacity of a beast that would resort to such foul play. Now however, researchers studying such behavior have come to the conclusion that throwing feces, or any object really, is actually a sign of high ordered behavior. Bill Hopkins of Emory University and his colleagues have been studying the whole process behind throwing and the impact it has on brain development, and have published their results in Philosophical Transactions of the Royal Society B.

Hopkins and his team have focused their research on chimpanzees, mainly due they say, to the fact that chimps are our closet living relative and that they are the only other species besides humans that regularly throw things with a clear target in mind. He and his team have been watching chimps in action for several years and comparing their actions with scans of their brains to see if there were any correlations between those chimps that threw a lot, and those that didn’t or whether they’re accuracy held any deeper meaning. Surprisingly, they found that chimps that both threw more and were more likely to hit their targets showed heightened development in the motor cortex, and more connections between it and the Broca’s area, which they say is an important part of speech in humans. The better chimp throwers, in other words, had more highly developed left brain hemispheres, which is also, non-coincidently, where speech processing occurs in people.
Such findings led the term to suggest that the ability to throw is, or was, a precursor to speech development in human beings.
After making their discovery regarding the parts of the brain that appear to be involved in better throwing in chimps, the team tested the chimps and found that those that could throw better also appeared to be better communicators within their group, giving credence to their idea that speech and throwing are related. Interestingly, they also found that the better throwing chimps didn’t appear to posses any more physical prowess than other chimps, which the researchers suggest means that throwing didn’t develop as a means of hunting, but as a form of communication within groups, i.e. throwing stuff at someone else became a form of self expression, which is clearly evident to anyone who has ever been targeted by a chimp locked up in a zoo.