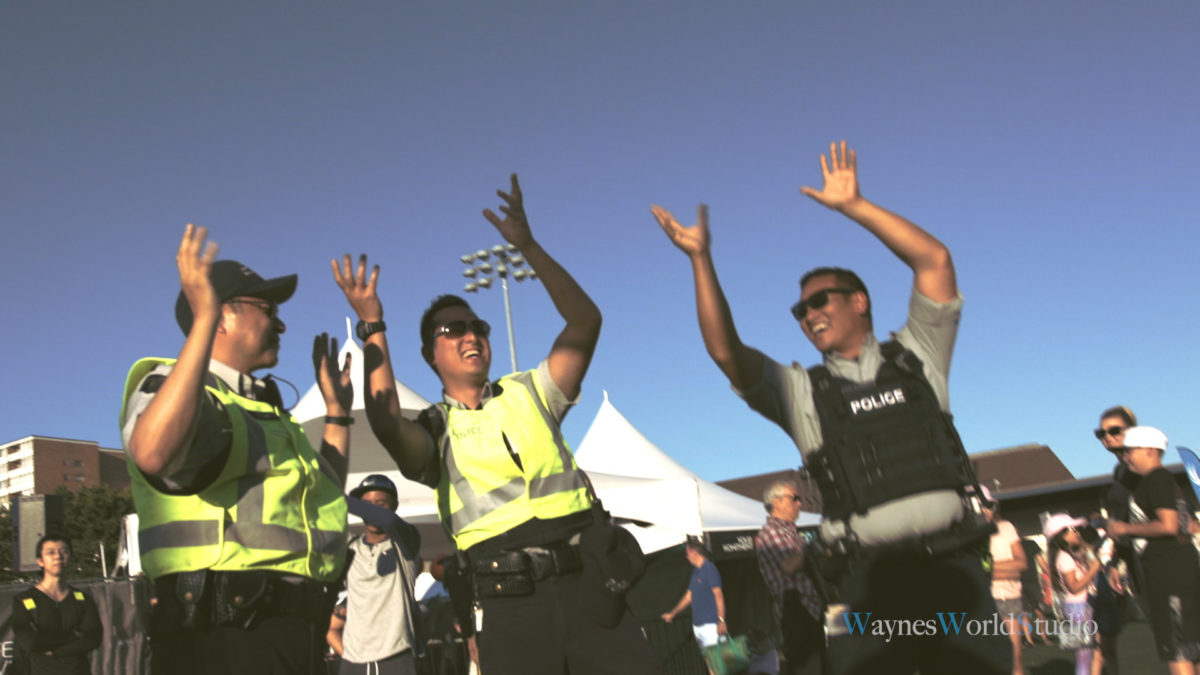 Richmond World Festival hosted international event during Sept 1st & 2nd; it was a fun entertain events for the family. Bollywood dancers entertained the stage not just making the move but teaching audiences the art of the dance. Thank you to the Richmond police who I asked to performance the dance while I was filming, I would say those guys are great dancers. Keep note, it would be cool to the RCMP polices for the next year Bollywood dance. Enjoy this fun video.

Two members of SHIAMAK Dance Team (Vancouver) led by master instructor Rohan D’Silva teach the audience some Bollywood dance moves during the 3rd annual Richmond World Festival at Minoru Park in Richmond, BC, Canada on Saturday, Sept. 2, 2017. The SHIAMAK Dance Team in Vancouver consists of some of the brightest and most promising talented performers in the lower mainland. Handpicked by Shiamak Davar himself, they have made a mark with power packed performances at the Indian International Film Academy Awards (IIFA Awards), the Times of India Film Awards (TOIFA) in Vancouver, the opening ceremony for the World Police and Fire Games, Canadian Tourism Commission’s Rendezvous Canada as well as many more high-profile community events.