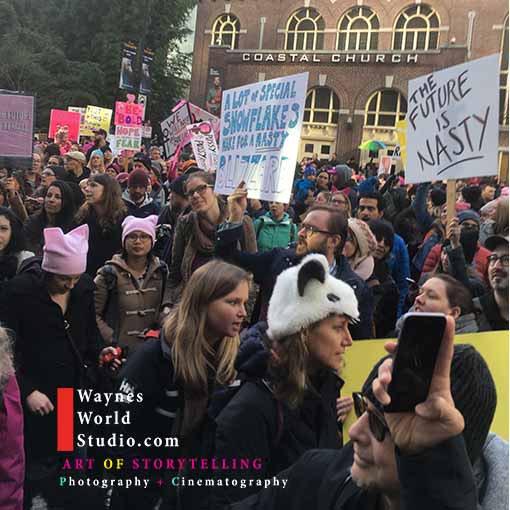 How one man Donald Trump can unite most of the world or should I say causing a big riot in North America. Women March on Jan 21st, 2017 at Jack Poole downtown Vancouver took on a new height with over 15,000 people turned out. This Film project was meant to capture the peaceful march of Vancouver but few people took on an immature route by egging the Trump Tower in Downtown . Here is the Egging Trump Tower at anti-trump Women March.

Naming of this highlights anti-trump video came in with a surprise while the march was heading to the ‘Begin One Way’ street with a big sign which I caught on the video. What a better way to use this as a united Women March with the same goal and objective. Enjoy!